It’s been a while since I’ve posted on this blog – the last time being a couple months after my last camp ended. Well it’s summer again, so I have a new camp called the National High School Gaming Academy, run through the Carnegie Mellon University Pre-College Program. Over the next six weeks, I’ll be learning some programming, designing, 3D and 2D art, as well as sound design. This is all for the end objective of making a game with a small team of classmates – going through the whole development cycle in order to do this.

Our first piece of work has just been finished – the assignment was a house in Unity. Although my house is quite bare, I added other things such as balls and giant chairs and a table in order to provide some interaction.

There is also the standard first-person asset that was downloaded into the scene, so when play testing, one can move through the environment and actually interact. The balls move and everything 🙂

As soon as I learn how to use the Unity web player, I’ll leave the house here.

It’s been about two months since a post on here, so I finally buckled down and made something. Nothing mind blowing, but here’s an animation counting how random a random number generator actually is. Or at least how random Processing’s random function is.

This graphic is probably better suited to another program, so I’ll see if I can redo it some time in the future.

It’s been a little while since I posted any work here, so I’ll talk about my new project. Currently I’m at the HEAT Institute run by Stanford Alumni. I’m working in a group with Tanima and Aditya to make a demo for our project: a FlashCube. The concept is that the cube is like a multi-sided flash card. It has more information, so you’ll be able to learn more (theoretically).

Take a look at a demo. It was made in Processing so you’ll have to view it in Mozilla Firefox.

This post is really quite late, as I left Comp Sim… Suffice to say a while ago. It’s just taken that long for me to realize how great of an experience it really was for a first-time programmer like myself.

I learnt so much over the three weeks we had, and got a lot of practice in with all of the projects that we’ve done. My classmates are the best most creative bunch that I’ve met, and it was great getting to know everyone. I’ll miss all of the encouragement that was given by everyone, and all of their sparkling personalities 😉

A huge thank you to Sherol Chen, our awesome teacher. She put a lot of work into the class, and my experience was made better by her fun and dedicated teaching. Our class was definitely the most fortunate, with a few field trips and numerous guest speakers from many different fields. Everything was interesting and engaging, especially all of the experts who came to talk to us and give us advice.

Shout out to all the great people I met in this program! My summer’s that much better because I could meet all you kindred spirits!

Yesterday we presented our prototypes for the final project; I was working with Claire and Jeni, both of whom were pros at doing exactly what was needed.

Our project was Morse code, and in the end, we made two separate programs for the idea. One was the Arduino based program, which included the physical buttons. All three of us worked on that project, in order to work out all the problems we had. The finished product included four buttons: one for dots; one for dashes; one for a pause; and the last to play back the message.

The other program was made by Claire on Processing; she was able to allow the user to input Morse code using the help of a Morse code key. The code that was imputed could then be translated into letters and numbers by the computer.

If we were to improve the product as a whole, we would connect the Arduino to input things into the computer directly. However, for only a couple days worth of programming, I’m quite happy with the result.

He gave us a lot of good advice as aspiring high school programmers:

– Know the algorithms, the run times, the math, the languages, the platforms; try and get as much as experience as possible.

– Do what you want to do, because there’s a lot of applications for technology in every field

– Know more than anyone else, even if it’s only in one language; if you’re awesome in something, you will find someone who needs your expertise

– Come up with new ideas all the time, be unique and make your own path

Marmarou also showed us a quote that I think everyone should pay attention to:

Thanks again to Mike Marmarou for coming in to talk to us!

Sebastian Alvarado is a Post-Doctoral Biological Research Fellow from Stanford. He was generous enough to come in to talk to us about his experience in the field of video games; which is actually more than you’d think.

Alvarado helped to start a consulting company called Thwacke, which presents huge corporations in the entertainment field an opportunity to get academic knowledge on the science fiction which they include in their products. Thwacke has already consulted with companies an multiple occasions, helping in the making of the survival horror game Outlast, and also bringing the science into Marvel’s heroes such as Antman and Captain America.

In Outlast, Thwacke was consulted on the behavior of the patients towards the player; the creators at Red Barrels were also given tours of labs, one of which became the setting of a level in Outlast.

He was able to explain to us why Captain America could be frozen in the ocean, and still survive after he was thawed out. The academics that Thwacke is connected to have even been able to come up with a few hypotheses of what’s in the super-serum that Steve Rogers was injected with.

Thanks to Sebastian Alvarez for coming in to talk to us about his company and experiences!

Jay Silver is one of the creators of Makey Makey, and Beau Silver is his brother who helped him. Today we had the good luck to talk to both of them today in a Google Hangout.

Jay Silver explained the concept of the Makey Makey to us, and also told us what inspired him to make it: a multitude of things that hung around in his head, which he combined to make what thousands of people are using to be creative. He also told us how he got to where he is right now, especially talking about the MIT Media Lab, which accepted him for the inventor that does “research” by making creative instruments which everyone can use. He’s told us about how the success of Makey Makey has changed his approach to his projects, but accepts it; he says it’s where Makey Makey wanted to go. 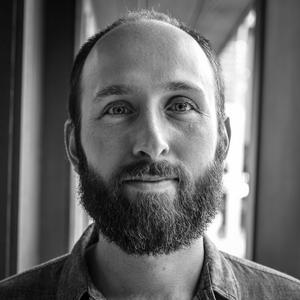 He and his brother also ended by giving us the advice every high schooler could use wisely: be yourself, do what you want to do, and learn everything you can…while you can still learn it.

Thanks to the brothers Jay and Beau Silver who talked to us today!

You can watch a video of the Makey Makey here. 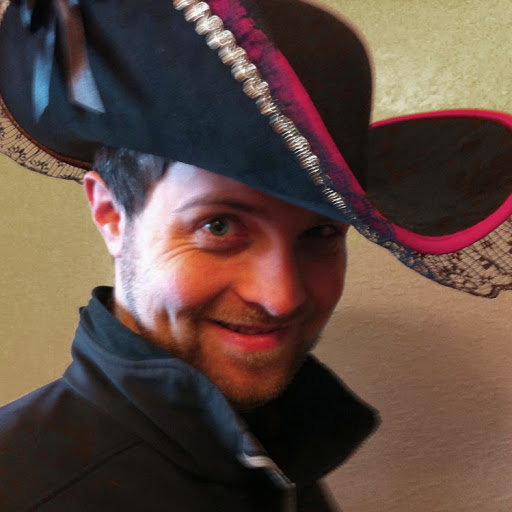 Our class was able to talk to Brandon Tearse from Google last week, who gave us plenty of good advice for the future. Tearse works in Google music, but was an intern before getting hired on. We were able to get the inside scoop about what interns do at Google, and how much they’re hated by the regular staff XD

Google takes on quite a few interns every year; Tearse gave an estimate of about 1 intern for every 10 employees. The lucky people who get these opportunities are able to pick a project and work on it over 10 to 14 weeks (depending on the intern’s time restraints). At the end of it they present their work: but there’s more to it than just that.

In order to be a success, an intern has to be creative and communicative; talking with their mentor and peers if they get stuck and being able to improve on ideas presented to them. Coding is not an individual job, though each project might be; each programmer talks to others to get an idea of what people think about the product and how it could be better. They collaborate to make the best outcome that they can and it’s through the learning experience that an intern has that the internship is graded as a success or a failure.

Onto the part you may be wondering about: why do Googlers hate their interns? That’s because the interns usually get to do the cool projects that aren’t seen as vital to the core of an App. If a Googler comes up with an idea like that, Tearse tells us that it’s put on “The List” – the one that the interns get to pick a project from.

While that may be true, Tearse assures us that an internship is really the best thing any student could experience, and I intend to believe him.

Thanks again to Brandon Tearse for talking to us!

Yesterday our class had the good fortune to talk to Bret Victor, an innovator in the field of software tools that further creativity. Victor is definitely one of the most innovative people I’ve met (just look at his CV), and seeing the demonstrations of software he’s programmed definitely affirms in my mind that he has made giant leaps forward in coding.

The demonstrations that we saw included three different software prototypes he’s programmed. Many more of his ideas can be seen on his website; the ones he showed us are described below.

One was a coding interface, on his website called Inventing on Principle, where one could interact dynamically with code and watch the effects in real-time. You could highlight objects in the code and see them light up in the drawing, and vice versa. In the code, you could change numerical specifications and watch the drawing change as you moved a slider across the screen. You could even pause a game code and see the past and future of an object as it runs across the screen.

Another was an animation software for Apple products, also included in Inventing on Principle. This software takes creativity to a whole new level, as you can make videos that look real with much less hassle by using an iPad’s touch-screen capabilities. By moving an object through a series of frames, one could make much more organic movement, rotate the object, even change the drawing for that object as it is animated.

The last program was a prototype, where the user may interact with data and watch statistics change according to the graphs which they are based off of. Victor made an example of this called Ten Brighter Ideas, where one could choose different suggestions to save energy and see the impact of any percent of the population helping in that effort.

After all of the software that Bret Victor showed us, I’m excited for the tools of the future, and hope a lot more people can get access to these great programs to create a lot more.

Thanks again to Bret Victor for taking the time to talk to us!